About Pulp and Paper

Today’s high-quality papers require a highly technical and accurate manufacturing process. New pulp however, is an integral part of the paper making process: paper cannot be recycled indefinitely because the fibres lose their paper making qualities.

The infographic below details the paper making process and illustrates the extensive use of paper for recycling. Click on it to find out more! 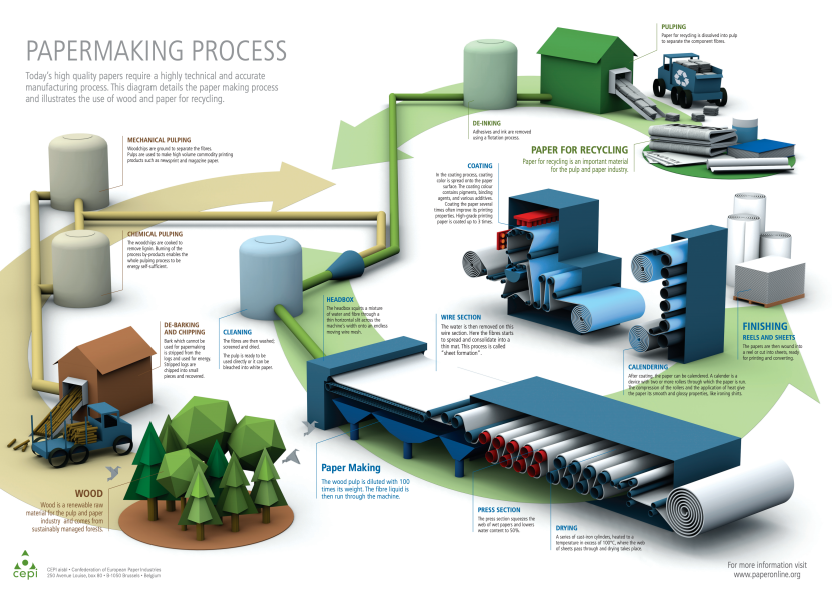 Paper as we know it traces its roots back to China at the beginning of the first millennium AD. Traditional Chinese records give the credit for its development to one T’sai Lun (about 105AD). He was subsequently deified as the god of papermakers! The craft of papermaking spread throughout the world and remained a relatively small-scale, artisan activity until paper production became industrialised during the 19th century. Originally intended purely for writing and printing purposes, a dazzling array of paper products are available to today’s consumer.

Click on the infographic below to learn about the history of paper! 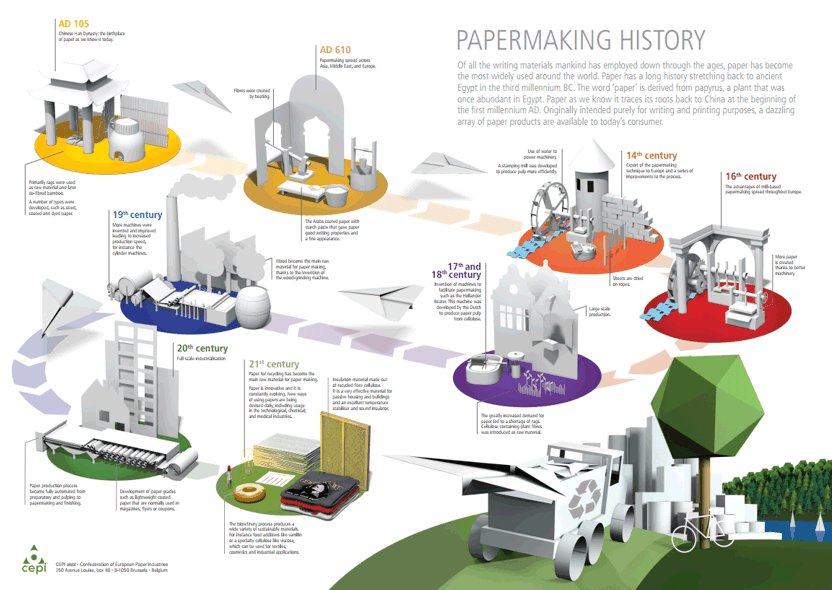 19TH CENTURY Emergence of wood based paper and increased mechanisation